To ALL the learned ladies and gentlemen of this world, would you please consider the followings :-

1. The Fourteenth Amendment of the US  Constitution says that the government shall not "deprive any person of life, liberty, or property, without due process of law, "

2.The Fourth Amendment (Amendment IV) to the United States Constitution prohibits unreasonable searches and seizures and requires any search warrant to be judicially sanctioned and supported by probable cause. It is part of the Bill of Rights.

3. The Right against self-incrimination is spelled out in the Fifth Amendment to the U.S. Constitution and also extends to state and local jurisdictions.

4. As par sixth Amendment of US constitution In all criminal prosecutions, the accused shall enjoy the right to a speedy and public trial, by an impartial jury of the State and district wherein the crime shall have been committed, which district shall have been previously ascertained by law, and to be informed of the nature and cause of the accusation; to be ...

5. The Ninth Amendment says that the "enumeration in the Constitution of certain rights shall not be construed to deny or disparage other rights retained by the people." This has been interpreted as justification for broadly reading the Bill of Rights to protect privacy in ways not specifically provided in the first eight ..

1. The Nuremberg Trial in 1955 , has given death sentence to the Chief Scientist for something called Non-Consensual Human Experimentation (that I am victim of for many years)..

2. The Rockefeller Commission Report went against all such that's going on in the name of Mind Control and MK-ULTRA projects and in 1970  s Church Trial outlawed any such provision.

4. UNIDIR has banned Mind Control Weapons way back in 1990s claiming this as a potential Weapon of Mass Destruction (WMD).

5. Michigan Law further sealed the fate of all such things categorized as Electronic Harassment,  Torture ,Crime and Murder .

The mere manufacturimg, possession, conspiracy to use, use,  association and  transportation is worth 15-30 years in jail.

With the following few Evidences of the world ,would you please help and support for my cause in here, in this world..

My CASE  DETAILS and SUPPORTING TALKS  can be found in here  ..

If you would feel like supporting for my cause, Morally,  Legally,  Financially or Otherwise,

Your Kind, Cooperation and Support in this regard would be highly appreciated.. 😔

Posted by Deb Chakraborty at 12:03 PM No comments:

A PUBLIC NOTICE FOR MY CASE 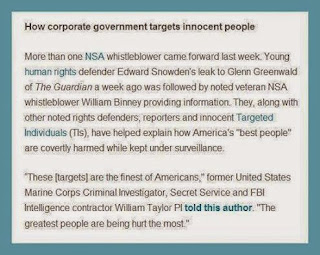 Get Your IQ Evaluated..

Blog Of The Day Award

What does the award mean?

Best Blog Awards Blog of the Day Awards offers the best selection of weblogs and famous blogs on a variety of topics. Selection of Best Blogs of the Day is usually done a few days ahead of time based on nominations up to that point. Criteria include content, quality, creativity, and the personal opinion of the judges. Judges grant up to four awards each day in recognition of outstanding nominees who are recommended by visitors to the site and by a panel of judges who bestow the honor of a Daily Blog Award upon the recipients. Being named a Blog of the Day Awards Winner can be the crowning achievement of a lifetime of work or it can be the beginning of a new chapter in the life of a blogger. Presentation of these awards can bring acclaim and notoriety beyond their wildest imaginings. The accolades and praise heaped upon winners of these prestigious awards can be best described as fabulous and the stuff of legends. We don't care what blog hosting platform your weblog is hosted on. We want the best blogspot blogs, the best wordpress blogs, the best typepad blogs and so forth. If you know a weblog that should be nominated for these Daily Weblog Awards or if your own blog seems to be a likely candidate for the prize, nominate it by submitting a comment to the most recent award post. Thank you, Blog of the Day Awards Judges and Staff